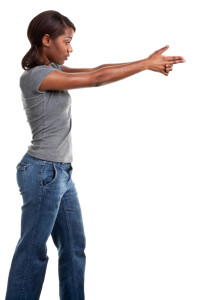 It may come as a shock to you, but 13 states are proposing a bill that would allow college students to carry a concealed weapon while on campus.  Some of this is in response to the recent failure of some colleges to address rape complaints appropriately. There is a strong ongoing debate over the concerns of carrying a gun.

While some students are against the idea, a lot welcome the added safety that a firearm provides.

Currently, only 8 states allow guns on campus, 20 states ban guns on campus and the rest allow each campus to determine if guns are allowed.

The main argument for allowing guns on campus is safety. With students being armed, common safety issues would be reduced. Let’s look at some examples:

There is an inherent fear that there will be an increase in campus shootings as a result of guns being allowed. This is a valid concern especially among fraternities and sororities when liquor and drugs may play a role in a person’s life.

The other major argument made is that under the Second Amendment, a person has the right to bear arms. This is a debate that is very difficult to argue. The amendment clearly states that a person has a right to wield a firearm, but Thomas Jefferson banned the use of guns at the University of Virginia. Furthermore, James Madison, didn’t allow guns at the university either.

Has times changed so much that guns should be allowed?

Yes. There are far too many crimes and sexual assaults that take place at universities. The states that do allow students to carry guns do not have a higher rate of shootings.

In a world where there are threats of mass shootings, it becomes essential to have a way to protect yourself. Those that oppose the carrying of guns must remember that many states have campuses that allow students to carry firearms with no inherent danger or higher risk of shootings observed.