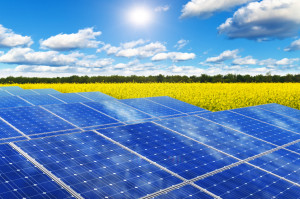 Of course, solar prices are still way above fossil fuel prices. Still, the longer fossil fuel prices remain elevated, the more attractive solar energy becomes. The big fear among alternative energy industry watchers was that when the price of oil crashed recently, solar power would no longer be as attractive as before. The fear was that this lack of attractiveness would lead to solar prices remaining stagnant at elevated levels.

Thanks to the recent quarterly earnings report of the solar industry, it shows that the crash of crude oil hasn’t really negatively impacted the solar power industry all that much. This means that we might be in a major decoupling between oil and solar prices. This translates to solar prices dropping and earnings rising while oil remains stuck at around the $50-$60 per barrel range.

This is a tremendous development as far as the evolution and maturity of solar stocks are concerned. Let’s just hope that this is a long-term trend instead of a one-time blip or anomaly. If this is a long-term trend, then solar prices can definitely keep falling further. The cheaper it becomes, the more commercially viable solar will be as a consumer option. The hope is that it eventually reaches a tipping point where large power producers no longer consider fossil fuel as their feedstock.

Mr. Eugenio graduated with honors from the University of California at Berkeley with a degree in History. He has written extensively on financial markets ranging from gold IRA issues to commodities to tech stocks and all points in between. A veteran of the first Dot Com boom, Gene has headed venture- and angel-funded technology and media startup companies so he definitely has more than his fair share of market, technology, and finance expertise. Ever since moving to Asia, Gene has focused on assisting Internet businesses with compelling original content as well as outsourced social media outreach. You can reach him at contact AT geneeugenio.com