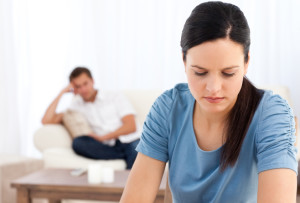 Divorcees have a higher risk of having a heart attack than those who remain happily wedded, according to a new study. But remarriage may not be the solution to the problem – at least not for women.

Researchers at Duke University followed nearly 16,000 adults in the United States and found that those who were divorced had a higher risk of having a heart attack than those who remained married.

The link between heart attack risk and divorce appeared to be stronger with women, but remarriage did little to remedy the situation. Women who remarried still had a 35% greater risk of having a heart attack than the women who stayed with their first husband.

While the results of the study are eye-opening, it does not prove that divorce is the root cause of a person’s heart issues. There are numerous ways divorce can affect your health, according to Divorce Attorney Brad Micklin, a NJ Lawyer. Emotional and financial stress may play a big role in a person’s development of heart problems.

Aside from stress, researchers also note that some divorcees give up healthy habits once their marriage has ended, like eating a healthy diet, getting regular medical checkups, and exercising regularly.

Among the women who participated, those who were divorced once were 25% more likely to suffer a heart attack, while those who had multiple divorces had a 77% higher risk. Divorce seemed to have little impact on heart health in men.