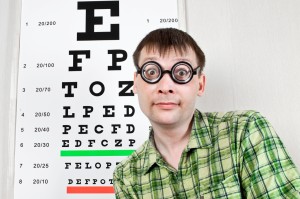 New York, NY – January 20, 2015 – Manhattan optometrist Susan K. Warringer said today that a local marketing firm pushing the use of SEO eyecharts does not have enough expertise to promote them. “The charts were a novelty when I first saw them,” said Warringer, “But they are not based on true medicine. It appears to be a sales tool and many of my fellow colleagues are falling for it.”

A statistical analysis revealed that the SEO eyecharts were just 0.2020% accurate for assessing a person’s vision. An American Society of Statistics spokesperson said there were not enough studies to conclude the charts were of any use in the first place.

The charts were given a way for free at first. What started as an aggressive SEO marketing campaign has turned into a controversy among local optometrists. “It’s definitely a marketing ploy. We’ve seen lots of online marketers sell to medical practitioners using semi-unethical strategies,” said an anonymous source under oath of embellishment.

Warringer said she will continue to raise awareness about this issue. “I don’t hate SEO. I just know a good eyechart when I see one,” she said.