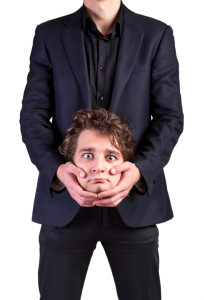 Jordan – February 6, 2015 – Insider reports suggest that the militant group ISIS is getting bored with the beheadings it has recently become notable for. Apparently it still loves to film its killings. This week’s execution involved the burning of captive Jordanian pilot 1st Lt. Moaz al-Kasasbeh. ISIS analysts were caught off-guard by this act, as gruesome as it was.

More proof ISIS is getting bored is a recent report it is selling Iraqi children just for the fun of it. Militants are reportedly finding children at random and putting sales tags on them. No word on whether special holiday discounts will be offered.

ISIS has beheaded people from several countries as of late, including the U.S. and Japan. Sources familiar with the videos say the captors are sounded less and less enthusiastic about their actions.

“Beheadings are horrible, plus they’re bad for online reputation,” said Chloe Hildridge, a marketing analyst and news guru at an undisclosed firm. “To ISIS, cutting off heads has gotten boring. There’s no telling what they’ll do next.”

The Pentagon has gotten hold of this statement and is taking it very seriously.